The Carrick A Rede rope bridge

The Carrick a Rede rope bridge in Antrim was originally constructed by local fishermen. The date of its construction is not known, but salmon fishermen are known to have been building bridges 350 years ago. This bridge spans the entrance to the river Bann. During the breeding season from June to September, fishermen would regularly fish this area. It is no longer used by fishermen due to the decline in salmon numbers. It is estimated that three hundred fish a day were caught in the 1960s but only three hundred were caught in the entire fishing season in 2002. Fishing of salmon is now not allowed to protect and increase the numbers of salmon in the area. 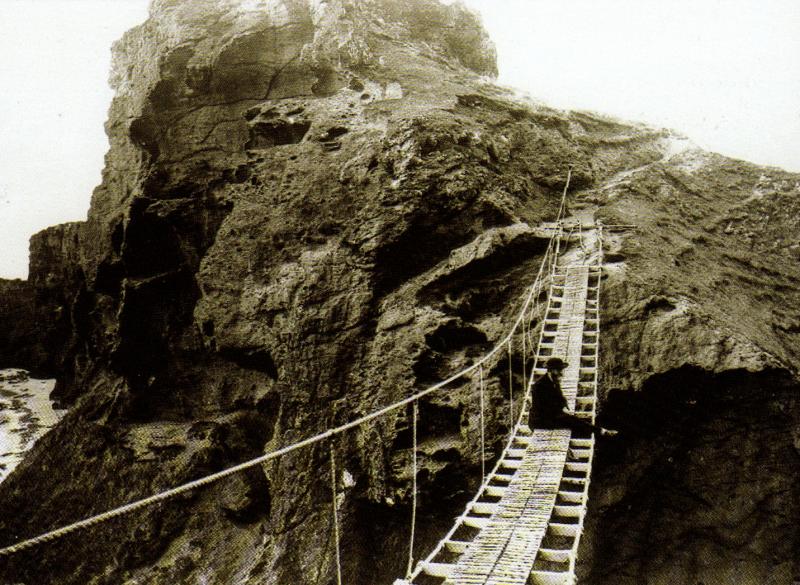 In the 1970s the bridge comprised of one single hand rope and the planks were spaced far apart. It would have been a much scarier prospect to cross in comparison to the rope bridge as we now know it. The construction today has two rope hand rails, netting and there are no gaps between the planks. Do not be afraid, the Carrick a Rede rope bridge is well maintained and crossing it is an experience to remember that also provides excellent photo opportunities. 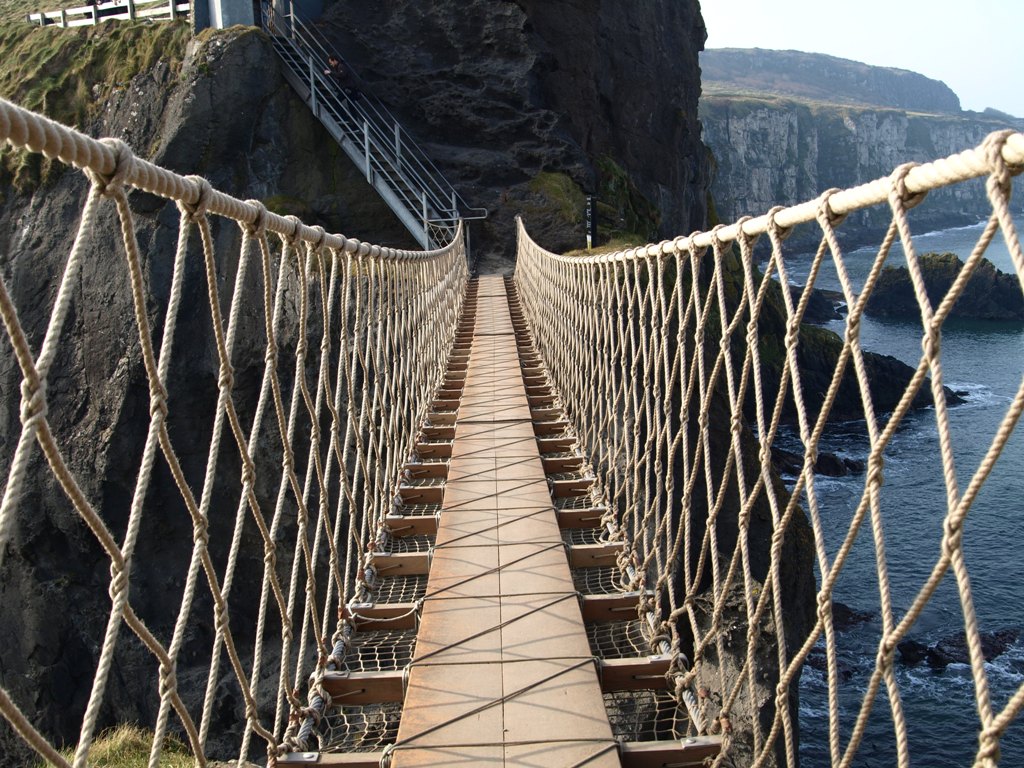 The geology of Carrick a Rede Island is fascinating as it is the best example of a volcanic plug in Northern Ireland. This was a place of violent volcanic activity 60 million years ago and the evidence of this is carved into the stunning landscape. 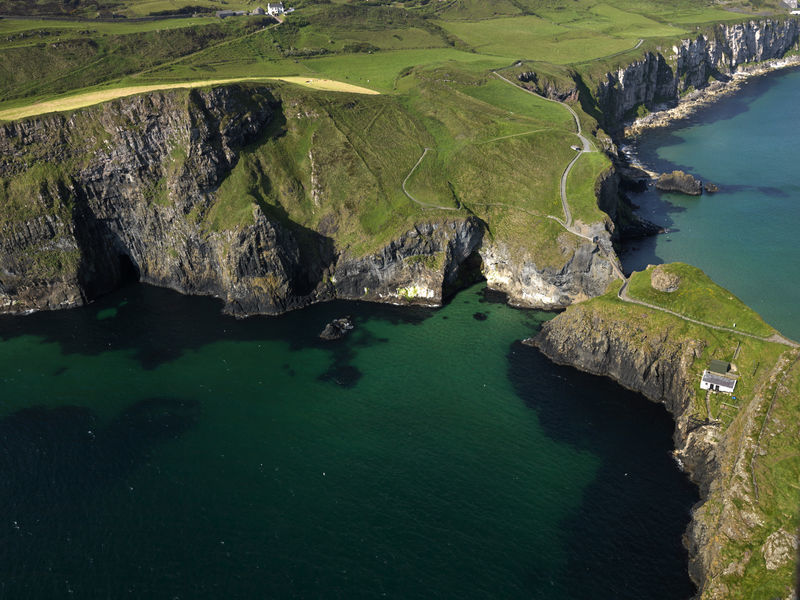 Views from the Carrick a Rede rope bridge are stunning which is our main reason for stopping here and providing the opportunity to take in the stunning landscape of the coast and cross to the island of Carrick-a-Rede. On a clear day you are rewarded with views of Rathlin Island and out as far as Mull of Kintyre in Scotland. The coastal views of the cliffs and the eroded coastline are picture perfect. The bridge is run and maintained by the National Trust and there is a toll of £5.90 to cross which is covered by us as part of your Giants causeway tour.